When will our favourite car brands make the electric vehicle transition?

On 15 February, Jaguar Land Rover (JLR) announced a new business strategy headlined by a commitment to stop producing petrol and diesel vehicles under its Jaguar brand by 2025 and switch to electric-only models. Given that Jaguar only produces one pure-electric model at present and outsources production, the commitment marks a major shift for the firm.

New plans for Land Rover, meanwhile, will see the brand stop producing ICE vehicles for sale in the UK by 2030, in line with the Government’s ban on new petrol and diesel cars. Global production will then stop by 2036.

Then, on Wednesday (17 February), Ford announced plans to only sell pure electric passenger cars in Europe from 2030. It will stop selling pure petrol and pure diesel by 2026, then work to phase out hybrids.

The news from Ford came on the same day that The Climate Group provided the second annual progress update on its EV100 initiative. The report revealed that 101 businesses have joined the commitment and that this cohort has rolled out 169,000 EVs to date, with more than half having hit the road in 2020. But it also highlighted a number of challenges around business EV integration, including concerns around charging infrastructure and a lack of suitable models – particularly in the heavy goods vehicle space.

With all of this in mind, let’s look at the commitments that some of the world’s biggest carmakers have made on transitioning their portfolios to EVs – from A to Z.

Keep up to date with industry news here 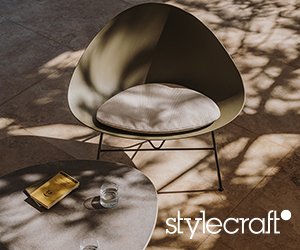 When we think of the walls inside our homes we typ

Thank you Matt Elkan Architect for my ECO HOME CRU

We spend approx. 90% of our lives indoors so a wel

The Ziggy Range from Jardan

Prefabricated and sustainably designed, this chalet is a cozy alpine refuge